In June 2015, my partner had an issue with her mobile phone, whilst still under warranty. She had only had it a few weeks and it was developing issues. It was obviously faulty. She had bought the mobile phone direct from Sony so she started the process of contacting them to arrange a replacement. The replacement phone also had software issues.

The phones had caused a whole host of problems and had wound her up so much that she decided to take it right to the top and contact the Customer Service Director directly to alert him to her frustrations and ask for a full refund. She had lost confidence in their products and her short time dealing with the Customer Service Team had been quite distressing.

Her first email on the 14th September to Mr. Gary Acors, Customer Services Director Sony laid out exactly what had happened. She quickly received a response stating that someone would be in contact within 24 hours.

Numerous follow-up emails were sent, chasing up the phone call, it was not until the 2nd November when a Customer Relations Manager sent an email at 09:30 informing her that he was unable to get her via phone.

Genelva was left chasing the Customer Relations Manager who simply did not seem like he wanted to relate to the customer.

Nearly 4 months after the initial email, no progress had been made.

Feeling quite shocked at the level of customer service, I suggested taking the issue to Social Media. Knowing that the vast majority of companies will not want their dirty laundry aired in public. I was confident that the issue would be resolved quickly and fairly.

My partner took to Twitter to raise her unjust treatment. She tweeted @Sony with the tweet below.

After five tiring months of trying, no resolve from @SonyUK about my complaint. Read more here:https://t.co/0GfSgrzxrB #Poorservice #RT

To give a little more context to the Tweet, Genelva included a link to a post she made on Sony’s customer service forum which explained her experience in more detail.

Now while this may seem like a customer service nightmare for Sony, for those who are switched on, this is an amazing opportunity to turn a customer’s bad experience into a positive one. This is the whole point of dealing with customer service on social media.

@HepburnLDN Hi Genelva, as this concerns an Xperia device, this is something you’ll have to take up with our colleagues @SonyXperiaGB

As a customer, there is nothing I hate more than being fobbed off to someone else. Customers don’t care about your internal structure.

Genelva did not want to back down. By this point, she has been passed around by different levels of management in different departments and no one wanted to take her complaint seriously.

@SonyUK @sonyxperiagb Thank you! however, I have been pushed around the company and no one seems to want to take responsibility for the issues

For anyone aspiring to work in social media, this is not how you deal with complaints.

@HepburnLDN You’ll need to chase up any issues with @sonyxperiagb or Sony Mobile directly on 0370 5237237 or https://t.co/HE3y1SRCr2. Thanks

As a representative of a business, regardless of what position you are, the customer has to be the focal point of your strategy, culture and plan.

How difficult would it have been to alert someone from Sony Mobile that a frustrated customer had a complaint? The issue could have been resolved within an hour.

@SonyUK @sonyxperiagb been chasing 5 months liaising with your CEO Gary Acors and his team, whilst looking after a terminally ill relative.

The final stage of the exchange happened when Genelva resubmitted her post onto Sony’s forum (the original post she added was deleted by the admin).

@SonyUK @sonyxperia My post submitted this morning was removed from your forum, so here is the new post for info: https://t.co/aKVJVWdB54

The social media team at Sony didn’t feel the need to reply to this Tweet and were happy to let the issue stay unresolved.

How could Sony have dealt with this situation better?

Social media enables your customers to vent their anger in full public view like never before. However, it does also give companies a great tool to fix those damaged relationships. If they had responded to Genelva within an adequate time frame and with a fair compromise, they might have had a chance of saving that customer relationship. Instead, they have turned a lifelong brand advocate into someone who will never buy their product again.

Sony’s social strategy needs to be radically overhauled. They simply do not understand the world in which we now live. A member of the public who saw one of Genelva’s posts commented

“Sony sold off there pc business i.e. laptops Hope you get it sorted if it’s out of warranty then they might say no […] If it wasn’t for the ps4 they would be bankrupt they sold a lot of their business and they are hanging on a thin thread…”

To make matters worse, the first faulty phone was not out of warranty.

The fact that they have now lost two customers (myself and my partner) will not make the executives at Sony lose any sleep but on the other side, if they continue to treat their most valuable assets (their customers) this poorly then it is a business model that will slowly chip into their profits. 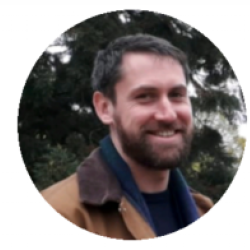 Head of Search at Immediate Media
A wealth of experience in full-scale marketing, while specialising in search engine optimisation in both on-site and off-site. Originally from Nottingham, now residing in London.

This site uses Akismet to reduce spam. Learn how your comment data is processed.